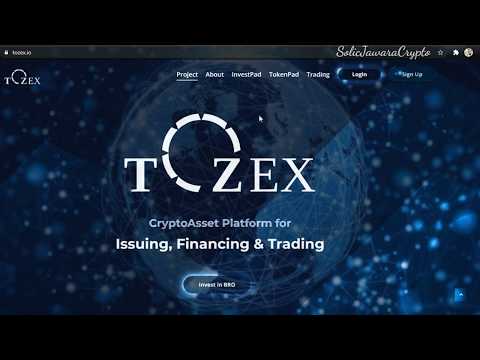 Gregory Maxwell on Jan 10 2015:
OpenSSL 1.0.0p / 1.0.1k was recently released and is being
pushed out by various operating system maintainers. My review
determined that this update is incompatible with the Bitcoin
system and could lead to consensus forks.
Bitcoin Core released binaries from Bitcoin.org are unaffected,
as are any built with the gitian deterministic build system.
If you are running third-party or self-compiled Bitcoin Core
or an alternative implementation using OpenSSL you must not
update OpenSSL or must run a Bitcoin software containing a
workaround:
https://github.com/bitcoin/bitcoin/commit/488ed32f2ada1d1dd108fc245d025c4d5f252783
(versions of this will be backported to other stable branches soon)
The tests included with Bitcoin Core in the test_bitcoin
utility already detect this condition and fail. (_Do not ignore or
disable the tests in order to run or distribute software
which fails_)
The incompatibility is due to the OpenSSL update changing the
behavior of ECDSA validation to reject any signature which is
not encoded in a very rigid manner. This was a result of
OpenSSL's change for CVE-2014-8275 "Certificate fingerprints
can be modified".
While for most applications it is generally acceptable to eagerly
reject some signatures, Bitcoin is a consensus system where all
participants must generally agree on the exact validity or
invalidity of the input data. In a sense, consistency is more
important than "correctness".
As a result, an uncontrolled 'fix' can constitute a security
vulnerability for the Bitcoin system. The Bitcoin Core developers
have been aware of this class of risk for a long time and have
taken measures to mitigate it generally; e.g., shipping static
binaries, internalizing the Leveldb library... etc.
It was somewhat surprising, however, to see this kind of change show
up as a "low" priority fix in a security update and pushed out live
onto large numbers of systems within hours.
We were specifically aware of potential hard-forks due to signature
encoding handling and had been hoping to close them via BIP62 in 0.10.
BIP62's purpose is to improve transaction malleability handling and
as a side effect rigidly defines the encoding for signatures, but the
overall scope of BIP62 has made it take longer than we'd like to
deploy.
(Coincidentally, I wrote about this concern and our unique demands on
cryptographic software as part of a comment on Reddit shortly before
discovering that part of this OpenSSL update was actually
incompatible with Bitcoin:
https://www.reddit.com/Bitcoin/comments/2rrxq7/on_why_010s_release_notes_say_we_have_reason_to/cnitbz3
)
The patches above, however, only fix one symptom of the general
problem: relying on software not designed or distributed for
consensus use (in particular OpenSSL) for consensus-normative
behavior. Therefore, as an incremental improvement, I propose
a targeted soft-fork to enforce strict DER compliance soon,
utilizing a subset of BIP62.
Adding a blockchain rule for strict DER will reduce the risk of
consensus inconsistencies from alternative implementations of
signature parsing or signature verification, simplify BIP62,
and better isolate the cryptographic validation code from the
consensus algorithm. A failure to do so will likely leave us
in this situation, or possibly worse, again in the future.
The relevant incompatible transactions are already non-standard on
the network since 0.8.0's release in February 2013, although there
was seemingly a single miner still mining incompatible transactions.
That miner has been contacted and has fixed their software, so a
soft-fork with no chain forking should be possible.
 original: http://lists.linuxfoundation.org/pipermail/bitcoin-dev/2015-January/007097.html

Pieter Wuille on Jul 28 2015:
-----BEGIN PGP SIGNED MESSAGE-----
Hash: SHA1
Hello all,
I'd like to disclose a vulnerability I discovered in September 2014,
which became unexploitable when BIP66's 95% threshold was reached
earlier this month.

A specially-crafted transaction could have forked the blockchain
between nodes:

None. Transactions that could trigger this problem have become invalid
on the network since BIP66's deployment of version 3 blocks reached 95%
on July 4th, 2015.

The problem is related to the signature encoding rules.
Bitcoin's signatures are ASN.1 BER encoded. BER is a complex standard
that allows many different encodings for the same data. Since Bitcoin
Core 0.8, a standardness rule has been in effect that only allowed
subset of encodings (DER) for relay and mining, even though any BER
remained valid in the blockchain - at least in theory.
In practice, BER has many weird edge cases, and I have not found a
single cryptographic codebase that can parse all of them correctly.
This includes OpenSSL, Crypto++, BouncyCastle, btcec, and our own
libsecp256k1 library.
This on itself would not be a problem, as full nodes on the network
currently use OpenSSL. However, while researching what was needed to
make libsecp256k1 compatible with it, I discovered that OpenSSL is even
inconsistent with itself across different platforms.
One of the features of BER is the ability for internal structures to
have a length descriptor whose size itself is up to 126 bytes (see
X.690-0207 8.1.3.5). A 1 terabyte data structure would for example use
a 5-byte length descriptor. However, there is no requirement to use the
shortest possible descriptor, so even a 70-byte ECDSA signature could
use a 5-byte length descriptor and be valid. Unfortunately, OpenSSL
supports length descriptors only as long as their size is at most that
of a C 'long int', a type whose size depends on the platform (Windows
and 32-bit Linux/OSX have a 4-byte long int, 64-bit Linux/OSX have an
8-byte long int). See
https://github.com/openssl/openssl/blob/bfa34f551c2d38e826deb44a269cb0f720f9f63b/crypto/asn1/asn1_lib.c#L178.
Some non-OpenSSL based signature validation
systems don't support such length descriptors at all, resulting in an
extra forking risk on top for them if used for blockchain validation.
This effectively means that a block chain containing a transaction with
a valid signature using such a 5-byte length descriptor would be
accepted by some systems and not by others, resulting in a fork if it
were mined into a block.

signatures non-standard. No release since then would relay or mine
transactions that could trigger the vulnerability. However, such a
transaction was still valid inside blocks.
The BIP62 draft includes a rule that would make version 2 transactions
with non-DER signatures invalid.
depend on OpenSSL's specific parser, I modified the BIP62 proposal to
have its strict DER signatures requirement also apply to version 1
transactions. No non-DER signatures were being mined into blocks
anymore at the time, so this was assumed to not have any impact. See
https://github.com/bitcoin/bips/pull/90 and
http://lists.linuxfoundation.org/pipermail/bitcoin-dev/2014-July/006299.html.
Unknown at the time, but if deployed this would have solved the
vulnerability.
discovered the architecture dependency listed above and the associated
vulnerability. The best means to fix it at the time was by getting
BIP62 adopted.
Several proposed changes to BIP62. See
https://github.com/bitcoin/bips/pulls?utf8=%E2%9C%93&q=is%3Apr+is%3Aclosed+bip62.
for CVE-2014-8275. The fix introduced a restriction on ECDSA signatures
to be strict DER, which would have solved all problems related to
signature encodings, except Bitcoin's consensus-critical nature
requires bug-for-bug compatibility between nodes. Worse, it seemed that
there was again a small (1%) number of blocks being created with
non-DER signatures in it, resulting in actual forks. The only immediate
solution that did not introduce more risk for forks was parsing and
re-encoding signatures using OpenSSL itself before verification to
bypass the restriction, making the problem persist. See
http://lists.linuxfoundation.org/pipermail/bitcoin-dev/2015-January/007097.html.
revealed the vulnerability, and the presence of miners not enforcing
strict DER might have made the vulnerability actually exploitable.
BIP62 was still a moving target, so we wanted a faster means to solve
this. Therefore, a new BIP was proposed with just the strict DER
requirement, numbered BIP66. This would both allow non-OpenSSL
verification, and solve the vulnerability, without needing to fix the
less urgent malleability problem that BIP62 wanted to address. See
http://lists.linuxfoundation.org/pipermail/bitcoin-dev/2015-January/007156.html.
BIP66. See
http://lists.linuxfoundation.org/pipermail/bitcoin-dev/2015-February/007480.html.
rule for strict DER signatures in the blockchain. This solved the
vulnerability, and opens the door to using non-OpenSSL signature
verification in the near future.
 Pieter Wuille
-----BEGIN PGP SIGNATURE-----
Version: GnuPG v1
iQGcBAEBAgAGBQJVt5FGAAoJEFeJbS/48LZX3ccMAJdPrpa8ggcYEyy8naqc7ewL
1Mwv24p/6Q8+T7Q6EWmgoApY1jljF+AzgSpfaf310QZf9yuC/JC++AmHfUaa9UQG
Mq1+duX64uDWIeNKTfuCwZvU0ataARZKmFUpp60UF+VtiJyLo9tpHTVajM0lv9Oq
OX40qHVC/iBogRLNREC1ggWH1JPMTbEch50YX1bgNi3gE5gtMggSQ2OXrGCCtrvR
7cVFlIyOhlLtvSAnxzmHyY8Iol+qVhIZi4mCmDgOoQKVaiYm1cODQ+nrMHx02DKC
Wqstwb/mET/vbCX4qxSNQ2B+mQk0WO/gSrWiQkBLi/AfLBh/8A/kL1RpKxVQzoaP
O165LbXye42w8Js/sE/zT6d4CIbYaW0GpF6m4agwDYgPLomhdk/elPRojKYsEab+
oFWPVagqKI9e/pjFBxqfIv3iyx1hHB6YIaX5TfFRVjsWzag5Qi2ssQYOQymyjg4J
UHNxW0PMPAOg5KS/uFja4OWxstHhTW9G+rslEK9g==
=7F3K
-----END PGP SIGNATURE-----
 original: http://lists.linuxfoundation.org/pipermail/bitcoin-dev/2015-July/009697.html

By message I mean any data from text to binary that needs to be authenticated. Specifically, Bitcoin clients produce signatures to authenticate their transactions, whereas miners verify such signatures to authorize an. trending ; Ecdsa In Blockchain Cryptocurrency . Ecdsa In Blockchain . Apr 8, 2018 DTN Staff. twitter. pinterest. google plus. facebook. Elliptic-curve Digital Signatures ... The following instructions show you how to configure, compile, and install Bitcoin 0.9.4 on CentOS 7. Update Your Operating System Packages The first step is to always make sure your operating system and all of it's packages are up-to-date. Eric Rykwalder is a software engineer and one of Chain.com s founders. Here, he gives an overview of the mathematical foundations of the bitcoin protocol. One reason bitcoin can be confusing for beginners is that the technology behind it redefines the concept of ownership. To own something in the traditional sense, be Im Hintergrund schreiben Miner die Blockchain ständig weiter (append-only) und werden dafür mit Rewards belohnt. Abb. 1: Die Bitcoin-Platform. Die User verwenden für das Erstellen und Einreichen von Transaktionen und zur Verwaltung ihrer kryptografischen Schlüssel unterschiedliche Typen von Wallet Software. Hot Wallets sind online, Cold Wallets sind offline. Hot Wallets bedienen eher ... Security of Bitcoin My Whole Life: Tried to improve the security baseline… Crying Wolf! 6 51%, Elliptic Curve, OpenSSL...