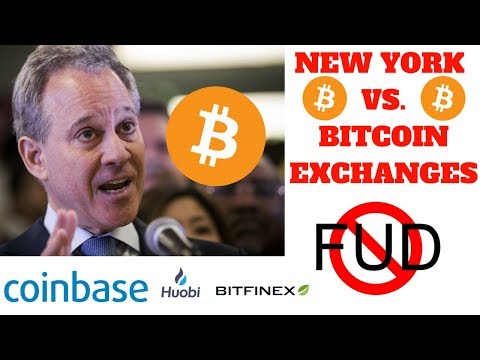 
Businesses and market makers now have access to margin and shorting, as well as the ability to minimize capital held on a bitcoin exchange


NEW YORK, NY (January 12, 2015) – Coinsetter, the Wall Street institutional-level bitcoin exchange, today announced it will begin offering margin trading and post-trade settlement to select business customers. Post-trade settlement allows customers to place trades on Coinsetter’s order book before making a deposit. This structure allows customers to trade without holding large balances on an exchange, limiting their exposure to third-party risks. In addition, the new program allows market makers to short bitcoin on Coinsetter’s exchange.
In the aftermath of security breaches that weaken the infrastructure of the bitcoin market, New York City-based Coinsetter is introducing a new way to mitigate risks for well-capitalized businesses–a group that represents the majority of capital holdings on bitcoin exchanges. After depositing collateral in the form of bitcoin, Coinsetter will allow select businesses to buy and sell bitcoin on margin, settling balances after trades are executed. This model is aligned with the settlement method of exchanges in other markets on Wall Street.
Jaron Lukasiewicz, CEO of Coinsetter, said: “We have been testing a post-trade settlement offering with select business customers since December, and its value is apparent. Coinsetter’s business customers, many of whom represent important institutions in the bitcoin space, can now access liquidity without having to worry about bitcoins being hacked or USD holdings becoming tied up. The program also helps growing companies reduce their working capital burdens.”
In addition to post-trade settlement for businesses, Coinsetter’s designated market makers will now be able to take short positions on bitcoin. These additions expand upon an already robust feature lineup for professionals, including FIX 4.4 API connectivity, low latency and attractive pricing. Designated market makers may also be eligible to participate in Coinsetter’s Market Maker Equity Incentive Program, through which Coinsetter has opened 10% of its equity.
“The experienced team at Coinsetter is committed to providing clients with the most advanced bitcoin exchange in the world. The features announced today raise the bar even further.” Lukasiewicz added. “Our top priority remains security, and all users benefit from Coinsetter’s Securicoin® technology. Bitcoins held in the Securicoin® system are contained in highly protected offline wallets that never directly touch the internet. Furthermore, a human is always involved to verify the validity of each withdrawal.”
About Coinsetter
Founded in 2012, Coinsetter is Wall Street’s leading bitcoin exchange for firms and individuals. Recently added to the CFTC-regulated Tera Bitcoin Price Index, Coinsetter’s New York-based exchange offers high uptime, low latency trade execution, enterprise bitcoin security by Securicoin®, deep liquidity and attractive pricing. Visit www.coinsetter.com to learn more.

Is there a cheaper bitcoin exchange for NY residents than Coinbase Pro?
I was looking at Bitmex, which even gives you a bit of money back for placing maker orders. https://www.bitmex.com/app/fees
While coinbase pro's fees isn't that big deal, but I'd like to know if there are any cheaper option for NY to buy/sell crypto preferably with a wallet.
I know of Gemini, which is a bit cheaper but still not at Bitmex level.

Big News. The New York Stock Exchange is getting into Bitcoin. WOAH

I am surprised this isn't getting more attention. New York Stock Exchange Will Develop a Bitcoin Trading Platform

original story
https://www.nytimes.com/2018/05/07/technology/bitcoin-new-york-stock-exchange.html
Original Thread
https://www.reddit.com/Bitcoin/comments/8hslhu/bitcoin_sees_wall_street_warm_to_trading_virtual/?ref=share&ref_source=link
But yes this big news. It seems to be tightly under wraps right now. I wonder how far away it is from completion.
I found it particularly interesting they had to throw in this piece which seems to undermine the entire report:


Details of the platform that Intercontinental Exchange is working on have not been finalized and the project could still fall apart, given the hesitancy among big Wall Street institutions to be closely associated with the Wild West of virtual currencies. A spokesman said that the company had no comment.

Cryptocurrency fans will hope the futures contracts, which are federally regulated, can provide some much-needed legitimacy to bitcoin.
* More Details Here

Bitcoin businesses are leaving New York state due to the BitLicense. This makes digital currency services and bitcoin exchanges illegal unless you have a license. Since most of the BitLicense rules and regulations are not favorable for business, including unnecessary fees while gathering and sharing customer data, many easy to use services and great trading exchanges are not going to be ... Gemini is an exchange based in New York, US that allows for the trading of USD against Bitcoin, Ethereum, Litecoin, Zcash, and more. For fees on Gemini's brokerage service, expect 1.49% fees on buys and sells for orders over $200. Gemini's brokerage service is an intuitive way for beginners to purchase cryptocurrency. 34 Carmine Street, New York, NY 10012 ... Bitcoin Center NYC Founder Nick Spanos is a Keynote Speaker for Coinvention. September 12, 2019 . Network Validation: Moving $1 Billion in One Bitcoin Transaction . August 13, 2019 . Bitcoin Center NYC Founder to Speak at Futurist Conference. August 5, 2019 . Bitcoin Strengthens Position as Global Hedge. July 29, 2019 . New Bill Introduced Alleviates ... One company is suspending its services in New York, saying it needs to take a "moral and ethical stand" against a new state law regulating digital currency such as bitcoin.. ShapeShift, a digital ... With over 30 million customers, Coinbase is the easiest and most preferred method for buying bitcoin in New York. The verification process on Coinbase is simple, secure and streamlined. If you need bitcoins fast, customers in New York are able to make instant purchases with a debit card or credit card which incur fees of 3.99% or instant purchases with bank deposits which incur fees of only 1.49%.

Eric Schneiderman is launching an investigation into many Bitcoin exchanges such as coinbase, Huobi, and Bitfinex. This can be seen as FUD in the market but I think that there is a positive side ... Gain Access To All My Crypto Charts & Me Personally. https://www.patreon.com/CryptoTV Virtually Invest Here: http://partners.etoro.com/A78599_TClick.aspx Che... The New York Attorney General is suing cryptocurrency exchange Bitfinex. Bitcoin plunged after Bitfinex drained at least $700 million from the reserves backing its digital coin, Tether, to cover ... Binance is kicking customers from the United States off of their crypto trading platform. Many users are looking for new places to trade that are U.S. Compli... NEW YORK COIN - A crypto-currency developed for the Financial Capital of the World! Bitcoin for anyone who believes in New York City. www.newyorkcoin.net