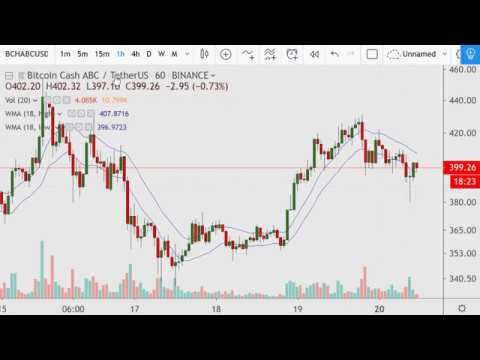 What Is The ‘Why?’ of The Bitcoin Price-Spike?

brought to you by as-fast-as-i-can-type journalism:
“ . . . if a few hundred million Chinese decide that the time has come to use bitcoin as the capital-controls-bypassing currency of choice, and decide to invest even a tiny fraction of the $22 trillion in Chinese deposits in bitcoin (whose total market cap at last check was just over $3 billion), sit back and watch as we witness the second coming of the bitcoin bubble . . . ”
http://www.zerohedge.com/news/2015-11-03/bitcoin-surges-1-year-highs-100-china-capital-controls-august-lows


Perhaps the most important global economic indicator at this second is:


But let’s back up a little:


So, how is Shanghai doin’ today? eleven months later?

http://money.cnn.com/data/world_markets/se_composite
Look to the top right. Note that about 2.5% per annum increase is all that’s left of the manic rise. Find the ‘6-month chart.’ The drop began in June.


But the above is just background. What we want to know is:

what is the big economic picture in China today? It's not just bad, it's appalling; and the behaviour of the Shanghai Exchange is a great insight. If they can't prop it up, they can't prop anything up.


Note the lift in Shanghai’s index in the last couple of months. Recovery? Not a bit of it! The Chinese Government is ‘backstopping’ the market with print-as-required capital:

‘China’s heavy-handed interventions ha[ve] turned their stock markets into “a government bureaucracy.” ‘
http://www.bloombergview.com/articles/2015-07-13/u-s-plunge-protection-team-s-lessons-for-china
“ . . . the government will act to [try to . . . ] keep the bull market intact . . . ”
http://www.bloomberg.com/news/articles/2015-06-19/jpmorgan-says-buy-china-stocks-now-as-government-backstops-rally


And then (August) came:

“China devalues yuan for third straight day, adding to fears of currency war.”
http://www.theguardian.com/world/2015/aug/13/china-devalues-yuan-for-third-straight-day-adding-to-fears-of-currency-war
So Chinese investors have seen the Government muff The 2009-Launched Quantum Leap to Domestic Demand (from decades of orientation to exporting). This involved The Property Boom that created the ‘ghost cities’ (which I was reading about a zillion years before the mainstream press knew of their existence):
https://www.google.com.au/search?q=chinese+ghost+cities&espv=2&biw=1745&bih=890&site=webhp&tbm=isch&tbo=u&source=univ&sa=X&sqi=2&ved=0CCEQsARqFQoTCIzswcG99cgCFYQypgodxAMEUA
The Property Boom involved the mushrooming of the ‘shadow banking’ industry, which now has gangrene half way up its thigh:
http://www.washingtonsblog.com/2015/07/the-75-trillion-dollar-shadow-banking-system-is-in-danger-of-collapsing.html
[Then came the stock-market boom we started with.]
Next is The Macau Thang: don’t confuse the fate of the casinos with my point. **Woven into the trips were opportunities to convert Yuan to other currencies.88 The crackdown is about that:
http://qz.com/491724/chinas-crackdown-on-corruption-is-killing-macaus-economy
Then the miserable state of the Chinese economy began to be apparent even to the deaf and dumb of Wall Street:
http://www.theguardian.com/business/2015/aug/28/chinese-economic-slowdown-jackson-hole-bankers-investors
Conclusion: the future of cryptos lies in global economic turmoil.

Bitcoin can only be minted the hard way: by producing valid proof-of-work. Essentially, Bitcoin’s greatest innovation was to completely separate money production from central banks and states ... The stock to flow ratio (as represented by Saifedean Ammous in his book The Bitcoin Standard) shows that bitcoin’s stock to flow ratio will eclipse that of gold following the next halving (2024) making it one of the most scarce asset (digital or physical) in the world based on what we know today, suggesting some merit in its digital gold/scarcity properties. A scalable quantum computer is a quantum computer that is easy to extend - adding more (q)bits of memory is not a fundamentally hard problem, and will happen. Or, alternatively, that it follows Moore's Law - its memory capacity and speed will increase exponentially over the years with technological advancement (the exponent might be relatively low). For a = 0 and b = 7 (the version used by bitcoin), it looks like this: Elliptic curves have useful properties. For example, a non-vertical line intersecting two non-tangent points on the curve ... In the daily chart, Bitcoin continues to struggle breaking the $10,000 resistance level but there is strong support in the $9,500 level. The same is true in the 4-hour chart, with the MACD about ...

Bitcoin Looks to go Higher with the ... THE WORLD WILL NEVER BE THE SAME AGAIN! - Dan Peña Create Quantum Wealth - Duration: 28:04. Create Quantum Wealth Recommended for you. 28:04. How to Buy ... Help end government by getting away from government money with BITCOIN! This video is brought to you in part by ... Some light quantum mechanics (with minutephysics ) - Duration: 22:22 ... Hello! Thank you for taking your time out to watch my video. If you like what you see and want more. Please like and subscribe. Also comment down below what coins you would like me to analyze in ... Sign in to like videos, comment, and subscribe. Sign in. Watch Queue Queue. Watch Queue Queue. Remove all; Disconnect; The next video is starting stop Thanks for watching! For donations: Bitcoin - 1CpGMM8Ag8gNYL3FffusVqEBUvHyYenTP8