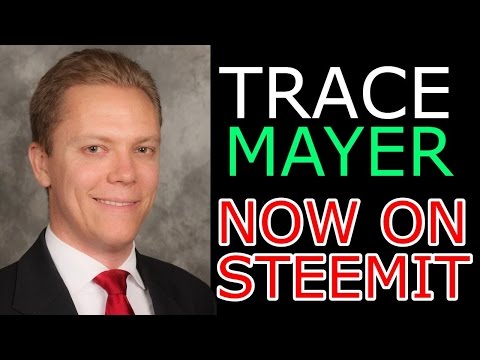 How does the Blockchain Technology Change the Finance?

01 Through Cross-Border Payment , New Asset Types and other Regulatory Compliance Many large banks, central banks, financial institutions, idea banks, inquiry companies and the futurology reasearch laboratory of government committee all raise their questions on this issue.
R3CEV, an organization which is composed of the large banks in the globe, is trying to make explanation on this issue. The Goldman Sachs, McKinsey and Consumers’ Research had been put forward fabulous reports based on this issue, while the UK government, the US senate, Canada, Australia and European Union also carry out related surveys on it.
Many startup companies has made the white paper for the innovation and application of blockchain technologies, among which will mention a larger social issue, “How does this technology change the society?”
Plenty of studies underline the following four major changed fields:
02 The Infrastructure of Cross-Border Transactions
As we all know, the digital revolution has changed the media thoroughly, which will also have influence on the financial industry to some degree. Besides, the financial organizations had been used the computer long before. From 1970s to 1980s, they set the computer as their databases, take advantage of the computer to create the website interface in 1990s and shift their focus on developing the mobile App in 21rst century. However, the digital revolution has little influence on the cross-border transaction. The West Union still remains big problems, since it uses the same business to operation related programs. Like the easy operation of cross-border remittance, the bank still use the complicated infrastructure to operate it.
The information chart below is provided by Richard Gendal Brown, it displays the development of cross-border business infrastructure and intermediary organs from 1970s till now. This structure is the outcome caused by the financial industry applying the high-security protection system on private database.
The Blockchain technology is to construct the direct relation between the financial institutions and does not need the correspondent banking any more. The main product of R3 aims at deal with the business of correspondent banking. Corda is consisted of two vocabulary “accord” and cord. In the case of Corda, the circle is composed by the banks which uses the shared account book and those banks use the shared account book to deal with the transactions, agreement and important documents.
Mr. Brown used to work in the IBM’s Blockchain project and then shift to the R3CEV. The competition between financial organizations can use the universal database to track the implement of transactions, liquidation and clearing without involving any central database or management system. In a nutshell, banks will be able to formalize and protect each other’s digital relationships in the way that were previously impossible to implement. In the description mentioned above, it means that the correspondent banking agreements and the Real Time Gross Settlement, RTGS will be replaced. Transactions can be carried out in the P2P smoothly. Ripple, a private link, is used to solve many of these issues.
c As a Classification Digital Asset
Bitcoin has created some special things: digital property. Before the Bitcoin, word “digital” is not rare. Any digitization stuff can be copied through a click button and it can be proved in the musical industry and album sales.
However, bitcoin does something fancy: it create a digital code that can’t be copied. Therefore, since the invention of the bit character, we have the way to copy the number for the first time, which gives the digital code a kind of value. Until now, the value bitcoin is based on the blockchain to prevent the double cost and fake coin. Concerning this point, the creator of blockchain create the coloured coins as company’s shares. The 'color' of these coins represents the ownership information provided by the private encryption key.
After the permission of U.S. Securities and Exchange Commission, SEC, the online retailer giant Overstock declare that Announced that it will publicly issue company shares on its own blockchain platform. We also saw the emergence of “Initial Coin Offering (ICO)” and “appcoins” (the native cryptocurrency of applications used to assist project development financing). This case are part of blockchain digital asset. Blockchain can be considered as the digital asset as well as the market operation itself. Basically, this digital asset can be regarded as the bearer instrument, a extensive and ingenious application.
04 Management and Market
For the regulators, the blockchain can be a completely transparent and suitable recording system. Once coded, they can also be used to authorize transactions that comply with regulatory filings. For example, banks have strict reporting obligations to institutions such as the Financial Crimes Enforcement Network (FinCEN). As long as the bank approves any transaction that exceeds $10,000, it will need to report it to FinCEN, and FinCEN will store the information as an anti-money laundering database.
06 Clearing and settlement
For the paper world transactions, the time frame for clearing and settlement transactions is usually “T+3” - that is, three days after the transaction.
Through blockchain technology, the entire trading cycle—execution, clearing, and settlement—can occur in the same step. Under digital assets, transactions mean settlement, and mastery of encryption keys and digital ownership, which can reduce post-trade latency and counterparty risk of the other party's non-compliance.
07 Accounting and auditing
Although most databases are snapshots at a certain point in time, the blockchain database is constructed based on its own transaction history. They are a database with context, history, and independent records. This has far-reaching implications for accounting and auditing.