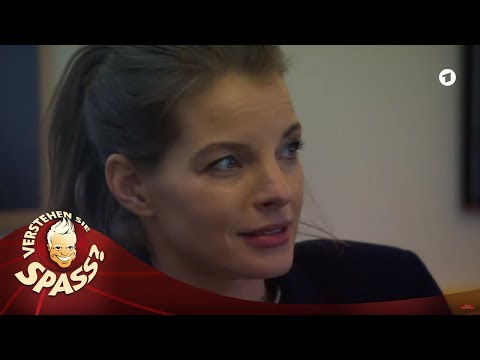 By ROBIN SIDEL and ANDREW R. JOHNSON State regulators are warning virtual-currency exchanges and other companies that deal with bitcoin that they could be closed down if their activities run afoul of state money-transmission laws, according to people familiar with the matter.
According to people familiar with the situation, banking regulators in California, New York and Virginia in recent weeks have issued letters telling the companies that they need to follow the state rules or prove that the rules don't apply to them.
The warnings fall short of formal "cease and desist" orders, which would demand that the companies immediately stop engaging in their business, these people said.
Still, the moves show that state regulators have moved beyond merely scrutinizing virtual currencies and now are taking steps to prevent people and companies from using them for illegal activities. Federal regulators already are cracking down on virtual currencies.
Similar actions are expected from other states in coming weeks and months, according to people familiar with the matter. California, New York and Virginia are three of the 48 states that require the companies to obtain money-transmission licenses to operate. South Carolina and Montana don't have such rules.
The money-transmission rules vary among states, but most require detailed financial data, business strategy and information about the company's management. States also typically require companies to put up a bond that could run as high as several million dollars.
Bits and Pieces
Read about Bitcoin's evolution.
The actions aren't related to the announcement last week that Mt. Gox, the largest bitcoin trading exchange, has halted withdrawals of customer funds in U.S. dollars. The Tokyo company said it was making system improvements.
Unlike dollars or euros that are backed by a central bank, bitcoin users can create the units in a process called "mining." Users also can trade the currency on a number of exchanges or swap it privately.
The state actions come three months after federal regulators issued guidelines placing virtual-currency exchanges under the same comprehensive anti-money-laundering requirements as traditional money-transmission businesses such as Western Union Co. Since then, a handful of bitcoin exchanges have registered with the U.S. Treasury Department's Financial Crimes Enforcement Network.
The California Department of Financial Institutions has issued at least three warnings to bitcoin-related companies in recent weeks, according to people familiar with the actions. One of the recipients is the Bitcoin Foundation, an industry-backed group that promotes the digital cash.
Patrick Murck, general counsel for the Bitcoin Foundation, said it is a nonprofit organization and doesn't engage in money transmission. The group is formulating its response to the letter it received from regulators last week.
A spokeswoman for the California banking department declined to comment on the warning letters, saying the communications are confidential and "the goal is safety and soundness and compliance with the laws that DFI enforces."
California is particularly important to the bitcoin community because many of the startup companies that are tied to the virtual currency are based there. California and New York are known for having stricter money-transmission laws than other states.
Bloomberg News Bitcoin supporter Peter Vessenes
"Bitcoin businesses are spending a lot of time and energy figuring out how to stay out of California," said Peter Vessenes, chief executive of CoinLab, a Bainbridge Island, Wash., company that has registered as a money-services business with the Financial Crimes Enforcement Network. CoinLab is waiting to launch any exchange-related services until it gets its "state licensing strategy sorted," said Mr. Vessenes, who also is chairman of the Bitcoin Foundation.
The New York Department of Financial Services issued a similar letter to BitInstant, a New York company that allows customers to buy and sell bitcoins. The company earlier this month alerted customers on its website that it wasn't accepting cash deposits "as we make steps to transition to our new website."
Charlie Shrem, chief executive of BitInstant, couldn't be reached for comment. The company has registered as a money-services business with federal regulators.
"Virtual currency firms inhabit an evolving and sometimes murky corner of the financial world," Benjamin Lawsky, superintendent of New York's Department of Financial Services, said in an interview.
"The extent and nature of their operations morph constantly, so it's important for regulators to ask the hard questions and stay ahead of the curve in order to root out dangerous or illegal activity," he said.
In Virginia, a company called Tangible Cryptography suspended the purchase of the currency through its service called FastCash4Bitcoins after receiving a letter from state regulators who received a complaint that the company was operating as an unlicensed money transmitter, according to a notice on its website. Company representatives couldn't be reached for comment.
Tangible Cryptography said on its website that its activity is exempt from licensing requirements and that the commission's initial assessment contained factual errors.
"While we respond to the commission's notice, the prudent action is for the company to suspend all new transactions," the company said.
A spokesman for the Virginia Bureau of Financial Institutions declined to comment on whether it has issued similar notices to other companies.
Write to Robin Sidel at [email protected] and Andrew R. Johnson at andrew.r.johnso[email protected]
A version of this article appeared June 26, 2013, on page C1 in the U.S. edition of The Wall Street Journal, with the headline: States Put Heat on Bitcoin.

SAY YOU WILL track

Roughly two dozen retailers, including Wal-Mart, Target and a company that operates more than 300 convenience stores in Texas, are developing a mobile-payments system that would rival offerings ... You've heard a lot about Bitcoin, but what are some of the cons, and is it safe (some have even referred to it as a "ponzi scheme")? AJ+ asks The Wall Street Journal's Robin Sidel to explain how ... ATM fees nationwide are reaching record levels, with some banking customers paying more than $5 to withdraw cash. WSJ's Robin Sidel breaks down the numbers on Lunch Break With Tanya Rivero. Gossip Room est une communauté sur les réseaux sociaux, créée il y a 7 ans, qui regroupe aujourd’hui des millions de passionnés d’actualité TV, people, série... Few feelings in poker are better than flopping a set in a game of high stakes poker. In this episode of Live At The Bike, Aaron does just that. To top it all...