Today’s most influential women in blockchain and crypto ... 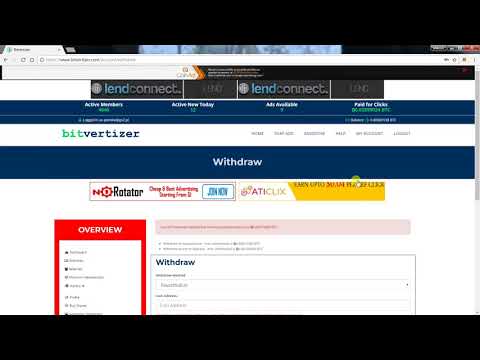 The most influential women in crypto

On International Women's Day, we’d like to give recognition to the incredible women who have made undeniable contributions to the crypto industry, crypto mass adoption, promotion, and development.
Laura Shin - the chief editor for cryptocurrencies and blockchain technologies at Forbes, one of the founders of Forbes Fintech 50. She is also a host of Unchained, a podcast about cryptocurrencies and blockchain.
Nina Nichols - the founder and president of Global Women in Blockchain.
Elizabeth Stark - the co-founder and CEO of Lightning Labs, the company whose main product, Bitcoin Lightning Network, helps crypto users to use payment channels with skyrocketing speed and low fees.
Galia Benartzi - the co-founder of a cryptocurrency exchange Bancor which allows users to exchange crypto without any mediators, on the basis of smart contracts.
Rachel Wolfson - the cryptocurrency and blockchain journalist. Also, she is a host of the well-known “BadCrypto” podcast. She has been motivating lots of women to become a part of the crypto and blockchain sphere.
Tiffany Hayden - the crypto influencer with 76k followers on Twitter, huge XRP (and crypto in general) fan and supporter. Also, she helps professionals and organizations in the finance industry understand blockchain technology in an easy and comprehensive way.
Jennifer Greyson - CEO of AI Blockchain, which uses AI to make financial forecasts using blockchain technology.
Connie Gallippi - the founder of BitGive, a Bitcoin charity organization that empowers donors and organizations to make a positive social impact by bitcoin donations. BitGive is a partner of many charity organizations such as The Water Project, Save the Children, Medic Mobile, and many others.
Joyce Kim - the executive director of Stellar Lumens, one of those cryptocurrencies that are popular to use both within blockchain-focused communities and traditional businesses. Stellar provides the advanced speed of transactions, is customizable and highly accessible. Kim also works as a lawyer for immigrants as well as domestic abuse survivors.
Jinglan Wang - the executive director of the Blockchain Educational Network that helps students all over the world to create and develop their blockchain communities.
Jill Ni - Head of Binance Charity, Binance Charity is a non-profit blockchain-based organization that helps solve social and ecological problems using blockchain technology thus making donating more transparent, secure. Recently, the company has made significant donations to combat coronavirus in China.
Maggie Xu - CEO of Jaxx Liberty, a cryptocurrency platform that empowers people to take control of their digital lives by managing digital assets, including stable coins. All Jaxx products (wallet, in-app exchange, portfolio, markets, news and block explorers) are non-custodial, always free and offer 7-day support to its global user community.
Despite the fact that the number of women in crypto and fintech industries is still lower than that of men, more and more of them are getting involved in the industry and start playing significant roles in blockchain space from one year to another. This tendency wouldn’t come true if there weren’t women who inspire and be role models for other women. We hope that this trend will continue and, in the next decade, we’ll see more women in crypto!

I’ve held XRP for some time now, but I often find myself very concerned about the group of people on Twitter who are constantly shilling XRP every damn day. I’m sure you have seen some of these accounts. Examples of these twitter accounts are Working Money, DM logic, and Digital Asset Investor. All three of these not only tweet about XRP all day, but they make YouTube videos every day as well. The videos are almost always the same. They claim to have exciting news, but never say anything in the videos other than, “adoption is happening. This could be the investment of a lifetime. The tidal wave is approaching. You are here before the sheep.” Same shit every day.
I see all this and can’t help but think that anyone spending this much effort on spreading XRP information is being paid by someone to do this. If these people have normal jobs there is no way they have time to shill XRP every single day like they do. These are just three examples. There are others like Hodor, XRPtrump, Shawn Schaeffer, Exossexrp1. The list goes on and on. There many twitter accounts like this that have “XRP” actually in their handles! And what they hell is Tiffany Hayden ? Can someone explain her to me? She clearly works for ripple right?
I bought XRP long ago because it was cheap and looked to have an actual company behind it. I saw Garlinghouse on tv, and speaking at conferences. Believing I had already missed bitcoin, I thought “That’s the one. Ripple will appeal to investors who still view Bitcoin as the dangerous Wild West and it will take off.” I still think XRP could be a great investment for me, but this online hype group is very unsettling. This “XRP community or “XRP Army” whatever the hell you call it, looks like a phony hype machine.
Rant over

Tiffany Hayden. Tiffany is an established, highly recognised influencer. She is a “recovering Bitcoin addict” who is now Ripple’s number one fan and supporter. In 2014, she launched the Casheer mobile payment platform. Hayden now works as an independent adviser, aiming to help professionals and organisations in the finance industry to better understand blockchain technology and all it ... Tiffany Hayden, notorious for supporting both projects, is seemingly exiting all XRP positions, for reasons unknown. Every crypto asset, digital currency, or token has its own core group of “public figures”. The Exit of Tiffany Hayden . For XRP, one of those public figures has always been Tiffany Hayden. Having such outspoken supporters is a good thing, as they tend to raise more awareness ... The controversial digital currency, XRP, and its community are becoming somewhat unbearable according to self-named XRP CEO, Tiffany Hayden, who confirmed on Monday that she would no longer hold the cryptocurrency. Given that Hayden was one of the most vocal XRP supporters on Twitter, and often swung in defense of what, according to her is the ‘best digital asset,’ her decision has left ... TIFFANY HAYDEN All Good Things Are Wild And Free. Menu Skip to content. Bitcoin & Blockchain basics. Recent Bitcoin Posts . Craig Wright’s Weird Obsession With Ripple (with an even more bizarre twist at the end) Sorry to pile on what already seems like a challenging day for the guy, but I couldn’t help but notice Craig Wright yammering on about Ripple again. Although I […] cryptolife ... View Tiffany Hayden’s profile on LinkedIn, the world's largest professional community. Tiffany has 4 jobs listed on their profile. See the complete profile on LinkedIn and discover Tiffany’s ...

In a Twitter post Ripple CTO David Schwartz has adressed stability issues to do with eh XRPL. It has also been revealed that Ripple may be planning to be starting a new XRP based Trading platform ... 100k TPS na ETH, Brave 4M userów, Tiffany Hayden odeszła z XRP, Jack Dorsey dalej CEO - NewsFlash - Duration: 14:00. ... Czy Bitcoin spadnie do 1000 USD? Analiza scenariuszy. - Duration: 21:53 ... Bitcoin Ben's Twitter Post China does NOT control Bitcoin: https://twitter.com/bensemchee/status/1146718617075159040 Bitcoin Ben is saying that China does NO... #BINANCE #BITCOIN #ETHEREUM A Competition for all Binancians & Fans with Bitcoin and Ethereum! To participate, follow the steps below: https://telegra.ph/B... Francis Pouliot on Twitter: "How to live life as a Bitcoin advocate: bear the full consequence of your preaching, Be a holder of last resort, don’t give financial advice but talk about your ...